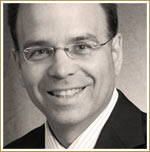 MARK A. KAHRS} A fourth-generation Kansan, Mark A. Kahrs is the grandson of a lawyer and the son of a small business owner. Growing up, he saw the effect of unpaid debts on small businesses – as well as the law’s power to bring a just conclusion.

After graduation from Wichita's East High School, Mark earned a BA in Business Management from Wichita State University. He earned Dean’s Honors from the Washburn University School of Law, served as Associate Editor of the school’s law journal, and in 1991 graduated with a Juris Doctorate degree. Mark practiced law for three years before forming his own firm, Kahrs Law Offices, P.A. His emphasis is retail and commercial collections, creditor law, and civil litigation.  He has a BV rating with Martindale-Hubbell Law Directory.